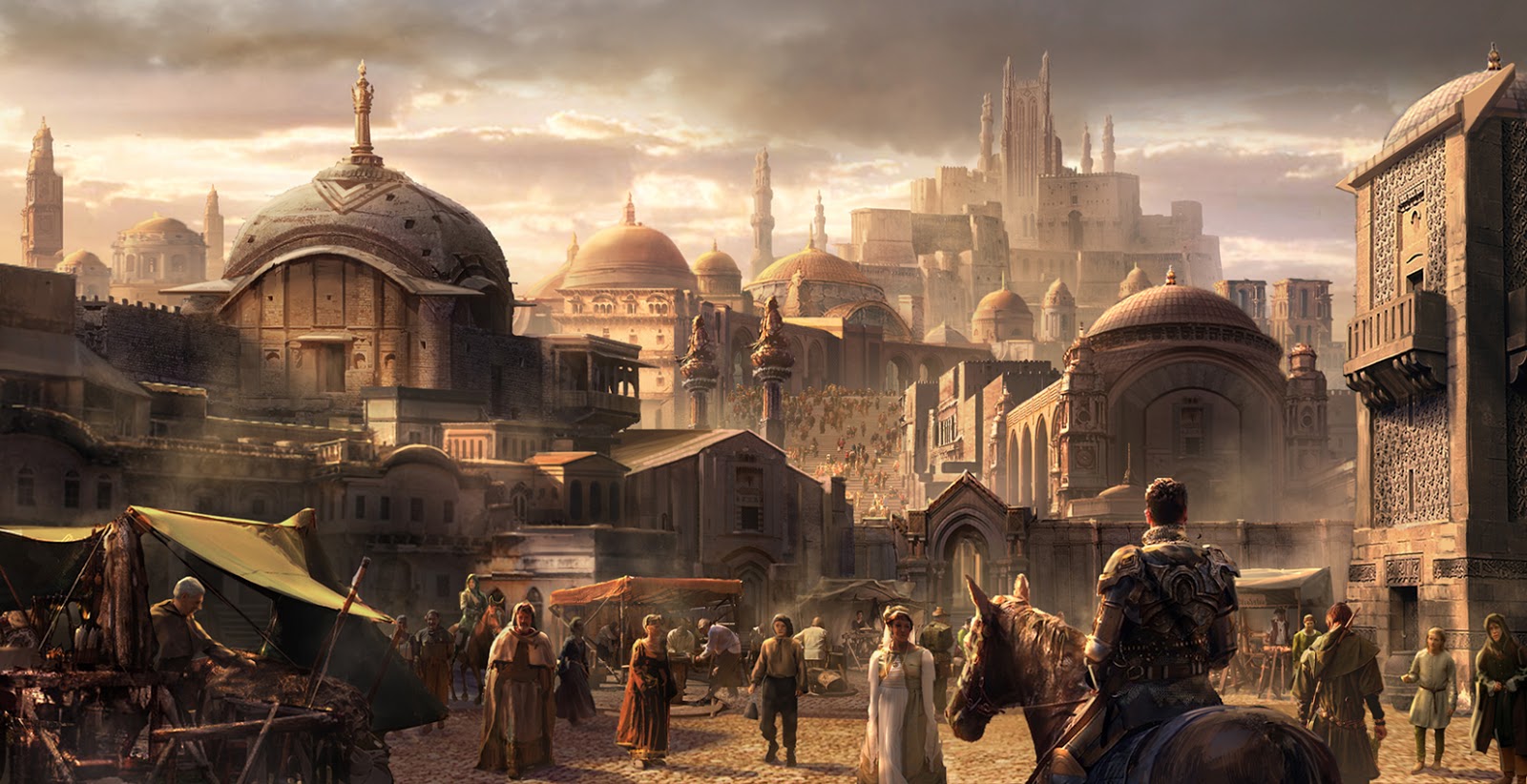 The capital city of al-Pa’ez sits in an indentation carved out of the cliffside along the Silverscale Bay. The Plate River flows into the bay off to the southwest, falling in torrents over the Leap of Faith, a massive waterfall formed relatively recently (geologically speaking) when the river was diverted away from al-Pa’ez. The old city rings the walls of the box canyon, with less prosperous shantytowns filling the central district known as the Shadows.

The slum earns its name from the archipelago of floating islands hovering some thousand feet on average above the shacks below. The islands are connected to each other and the surrounding clifftops by a bewildering network of bridges, ladders, and hanging gondolas.

Transport around the city is mostly done by airship. These range from small, nimble windsloops to elephantine skybarges. Most of these vessels are magically suspended, endowed with a permanent levitation enchantment and propelled by broad wings which flap or spin through the power of steam or arcane turbines, though a few are propelled by pairs of sails rigged above and below the hull, and others are lifted by massive bags of marsh gas collected near the city on the cliffs above. The Paecian navy, the nation’s largest military force, has closely held the technology and magic behind these craft, jealously guarding their main advantage over the neighboring kingdoms of Tyre and Llynariel. For this reason the airship, though perhaps Paecia’s most distinctive feature, is rarely seen beyond its borders except during state visits or wartime.

Ascendant campaigns can view previous versions of their pages, see what has changed (and who did it), and even restore old versions. It's like having a rewind button for your campaign.

We've already been saving your edits, so if you upgrade now you will have instant access to your previous versions. Plus, you get a 15-day free trial, so there's nothing to lose.

I'm sorry, but we no longer support this web browser. Please upgrade your browser or install Chrome or Firefox to enjoy the full functionality of this site.